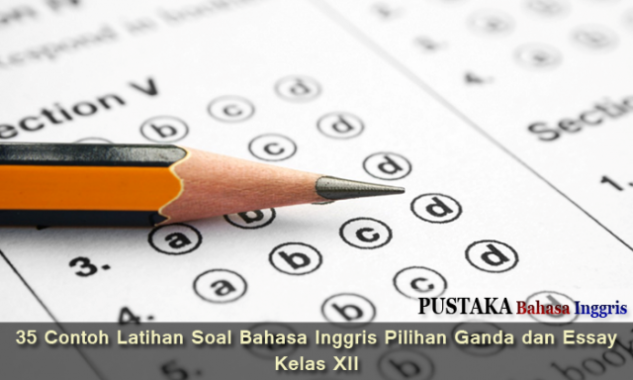 Text 1
Once upon a time, there was a man who liked hunting very much. He often went to the forest to hunt any animal he met. One day he went hunting into the forest. He intended to shoot any animal he saw. He brought his gun with him. When he was searching for his pre, suddenly he saw a bird perching on a branch of a tree. It was a dove. When he was aiming his gun at the dove, suddenly an ant came and bit his foot. He was so startled that he didn’t shoot the dove. It was safe and then flew away. Several days later, the dove was flying over a lake. He saw an ant floating on the surface of the water. It was the ant that had saved the dove’s life from the hunter. The ant was almost drowned. The dove got an idea, he picked up a big leaf and dropped it onto the surface of the water near the ant. Luckily the ant could get on the leaf. The ant tried to bring the leaf to the edge of the lake and landed on the ground. The ant was safe because the dove helped him.

2. The hunter was very … when the ant bit his foot.
a. angry
b. Furious
c. Shocked
d. Surprised
e. Disappointed

3. Which one of the following sentences INCORRECT or IRRELEVANT with the text above?
a. The man hunted some animal that he met in the forest.
b. The hunter saw a dove on the branch of a tree.
c. The man didn’t shoot the dove because of a policeman.
d. The dove helped the ant that on the surface of the water.
e. The ant was safe because of the dove.

4. From the story, we can conclude that both the ant and the dove are a good example for human beings because …
a. the bird could fly over the lake.
b. the ant could land on the ground.
c. the ant could bite the hunter’s foot.
d. the hunter couldn’t shoot the dove.
e. they could help to save each other’s lives.

(1) Several days later, the dove was flying over a lake. (2) He saw an ant floating on the surface of the water. (3) It was the ant that had saved the dove’s life from the hunter. (4) The ant was almost drowned. (5) The dove got an idea, he picked up a big leaf and dropped it onto the surface of the water near the ant. Luckily the ant could get on the leaf (paragraph 1).

Text 2
King Rama, his wife Shinta and his brother Laksmana were in the forest. Suddenly, there was a beautiful deer. Queen Shinta wanted to have the deer. So she said to her husband, “Please catch deer for me.” So Rama and Laksmana ran after the deer. King Rahwana was flying over the forest. He saw Shinta and wanted to have her. So, he flew down and asked Shinta to go with him. Of course, Shinta did not want to go then he took by force, put her on his back. And flew away to his home in Alengka. When King Rama and Laksmana came back with deer, they found that Shinta had gone. A speaking bird told that Rahwana had abducted her. Rama and Laksmana were sad and very angry. So they went to Alengka to take Shinta back from Rahwana.

7. Which is NOT TRUE according to the text?
a. Shinta was in the forest when Rahwana abducted her.
b. Shinta wanted to catch the deer.
c. Shinta was taken by force.
d. Rama went to Alengka with Laksmana.
e. A bird informed Rama where Shinta went.

8. Who is the main character of that story?
a. Rahwana
b. Shinta
c. Laksmana
d. A deer
e. A bird

9. The type of the text is …
a. Report
b. Recount
c. News item
d. Descriptive
e. Narrative

12. In the second paragraph, the writer describes…
a. White light
b. Falling raindrops
c. The change direction
d. The mixture of colour
e. The process of a rainbow

13. The function of the text is… the process of rainbow is formed
a. to share
b. to inform
c. to explain
d. to persuade
e. to describe

14. The part of the text is called (paragraph 1)?
a. Event
b. Conclusion
c. Explanation
d. Argumentation
e. General explanation

15. Which statement is NOT TRUE according to the text?
a. White light has no colour.
b. White light is mixture of all the colour.
c. All colour in the light change direction.
d. Rainbow is made up of different colour.
e. The rainbow occurs when the light traveled through millions falling raindrops.

Text 4
Four Men entered a mosque and each busied himself in Sholah, humbly prostrating before Allah. Each one said the “Allahu Akhbar” after first having made his intention, and began to pray with humility. Meanwhile, the Mu’adhdhin came in and gave the call to SHOLAH. The first man blurted out to the Mu’adhdhin, “Are you calling to the prayer? Are you sure it is the right time?” The second spoke on the spur of the moment, “You have wasted your SHOLAH by speaking during prayers!” The third retorted, “Why did you speak? Tell your own self how to behave!” The fourth mumbled, “Praise be to Allah! I wasn’t a party to their arguments.” Thus all the four broke their Sholah and wasted it. The fault-finders went more astray than the one who made the original mistake. Remember! Correct yourself before correcting others.

16. What did the four men do when they entered the mosque?
a. They slept in the mosque.
b. They prayed in humanity.
c. They spoke one each other.
d. They called for SHOLAH (ADZAN).
e. They wanted to meet with the Muadhdhin.

Thus all the four broke their Sholah and wasted it. The fault-finders went more astray than the one who made the original mistake. Remember! Correct yourself before correcting others.

20. On the internet, you can see a monitor. The popular word for a monitor is ……..
a. a Television
b. a Display
c. a Station
d. a Screen
e. a Recorder

21. Nadi: Can you help me typing my English Task?
Rudy: Sorry, I am not able to type it using a computer.
From the dialogue above we can conclude that …
a. Nadi will help Rudi.
b. Rudi has the ability to type using a computer.
c. Rudi is very disappointed.
d. Rudy does not have the capability of typing using a computer.
e. Nadi is a pleasure to ask Rudy.

22. The following sentences are PASSIVE FORM, except…
a. A dog is killed by the boy.
b. Budi buys some books.
c. A letter was sent by Erna yesterday.
d. Some books are bought by my mother in the market.
e. Putri is liked by all people.

23. Eka: Gea, would you come to my party tomorrow?
Gea: I should be delighted to come tomorrow.
The underlined sentence expresses…
a. Permission
b. Sympathy
c. Complaint
d. Acceptance request
e. Refusal request

24. The following sentences are used for refusal request, except…
a. Sure
b. Sorry
c. No, I won’t
d. I’m afraid not
e. Not likely

27. Siti: What is your aim in learning English?
Eci: I want to increase my English orally and written.
The synonym of the underlined word is…
a. Change
b. Move
c. Purpose
d. Quick
e. Restrict

28. The noun form of HAPPY is…
a. Happident
b. Happily
c. Happies
d. Happiness
e. Happinessly

30. To understand the significance of Lebaran, an understanding of the fasting month of Ramadhan is important.
The underlined word has the same meaning (synonym) with…
a. Need
b. Importance
c. Difference
d. Similar
e. Famous

One day Nasreddin borrowed a pot from his neighbor Ali. The next day he brought it back with another little pot inside. “That’s not mine,” said Ali. “Yes, it is,” said Nasreddin. “While your pot was staying with me, it had a baby.” Sometime later Nasreddin asked Ali to lend him a pot again. Ali agreed, hoping that he would once again receive two pots in return. However, days passed and Nasreddin had still not returned the pot. Finally, Ali lost patience and went to demand his property. “I am sorry,” said Nasreddin. “I can’t give you back your pot since it has died.” “Died!” screamed Ali, “how can a pot die?” “Well,” said Nasreddin, “you believed me when I told you that your pot had had a baby.”

1. Who is the main character in the story?

2. How many times did Nasreddin borrow the pot?

3. Why was Ali happy to lend his pot for the second time?

4. Rewrite and change the following Adjective into Noun.
No Adjective Noun Meaning

5. What is your opinion about National Test (UN) for SMA students with the minimum score: 5.50? Explain your answer briefly!

Send this to a friend