A mosque is a place where Muslims worship and pray to God. Some mosques are also places where Muslims get together and discuss things or where religious education takes place. In some countries, mosques also serve political purposes and imams discuss political issues.

Mosques date back to the seventh century when they first emerged on the Arabian Peninsula. For centuries towns formed around this central building. Mosques have different sizes and shapes depending on which part of the world they are in. The most famous mosques are in Turkey and the Middle East. The best examples are the Blue Mosque in Istanbul, The Grand Mosque of Mecca or the Prophet’s Mosque in Medina. 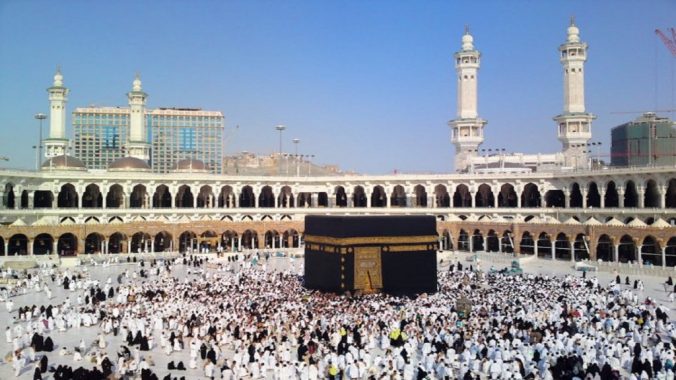 The model for building mosques was Mohammad’s house in Medina, constructed in the 7th century. After his death mosques became important symbols of Islam. During the Middle Ages, they were built wherever Arabs settled.

They spread quickly throughout northern Africa and southern Europe, as far as Spain. By the 15th century, Islam had spread to Asia, where it became the dominant religion on the Indonesian islands of Java and Sumatra. During the Ottoman, Empire Turks converted to Islam and many great mosques were built in Istanbul and other cities. With the Muslim population spreading to the Balkans mosques have become widespread in many cities and towns in Greece, Albania, Serbia, and Bosnia.

Religious functions of a mosque

A mosque is basically a house of prayer but during history, it has acquired many other religious functions. Adult Muslims must pray five times a day. While normal prayers can be said anywhere, Muslim men should pray in mosques on Fridays.

During the holy month of Ramadan other events take place in mosques. Some mosques offer dinners after sunset or breakfast before sunrise. During the last days of Ramadan, some mosques hold all night prayers. Since Muslims are required to give money to charity they often donate it at mosques.

The political influence of a mosque

In the course of the 20th century, mosques have served political purposes. As conflicts between western society and the Muslim world rose, mosques were used to preach peace and understanding among religions.

Mosques are often the center of social conflicts. In the past decades series of bombs have exploded in mosques all over the world. Al Qaeda and other terrorist organizations have repeatedly used mosques as a place to recruit and train radical Muslims.

In the 1960s Saudi Arabia started financing the construction of mosques around the world in an attempt to spread Islam. With petrodollars that the country has received in the last decades, Saudis can afford to share their wealth with others, especially poor Muslims.

Parts of a Mosque

Arab mosques usually have a square or rectangular layout with a courtyard in the middle. The first mosques had flat roofs on top of the prayer halls. Later on, Islamic architecture focused on domes and arched entrances. The Ottomans introduced mosques with a central dome over the prayer hall in the 15th century.

A common feature of many mosques is a minaret, a tall thin tower that is usually located at one of the corners. They were designed to make mosques as big as Christian churches, with their bell towers. From the minaret, a muezzin announces the praying time to worshippers.

The prayer hall normally does not have any benches or chairs. Worshippers pray in rows facing Mecca. There are no statues or pictures on the walls. Some mosques show verses of the Koran on the walls to assist worshippers. Many prayer halls have columns that uphold the roof. Every mosque has a mihrab, a niche in the wall that points to Mecca. From a pulpit, or minbar, the religious leader of the mosque, the imam delivers his speech.

In the course of time mosques became bigger and attained other functions. Today there are rooms for social gatherings, health clinics, libraries or gymnasiums.

Rules and How to Behave in a Mosque

There are many rules that worshippers must obey when they are in a mosque. In most mosques, a religious leader, called imam, is in charge of praying, but in smaller mosques prayers may be said by ordinary Muslims.

Muslims must clean themselves before they enter a mosque. There are washing areas where they can wash their hands and face before entering the prayer hall. The floors of such a hall are normally covered with a carpet. It is not allowed to step on it with shoes.

Loud talking in a mosque is forbidden. It is also disrespectful to walk in front of Muslims who are praying.

Traditionally men and women are separated in mosques, although the Quran does not say anything about separation. Sometimes the women pray in rows behind the men, but more often they stay at home and pray.

Most mosques in bigger cities are open to tourists, but they too must obey the strict rules. You must wear clothes that do not offend Allah. Women are required to wear clothes that cover their body to their ankles and wrist. In some areas, mosques are only open to Muslims.