Complete the missing words by using the answers below! 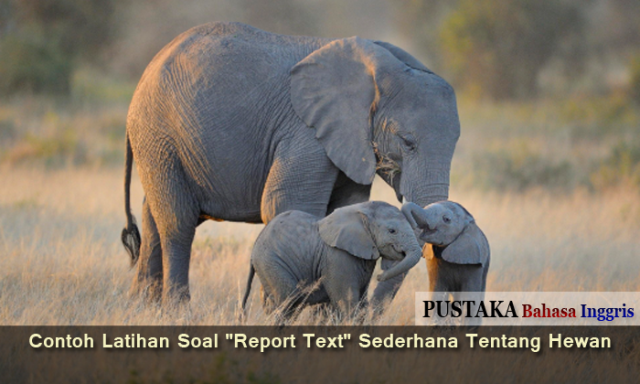 In some part of Indonesia, there are still elephants living in the ……..(1)……. Elephants don’t like to live alone. They always live in …..(2)….. They help each other when there is a trouble. The leader of the group is usually a …..(3)…. elephant. She walks in front of the group and the other females and their young follow her. The man elephants walk …. (4)…. If there is trouble the male elephants make a ….(5)…. around the others. If one of the elephants is ….(6)…., all of the other elephants help it. Two will walk on each side of it to help it ….(7)…. All elephants in a group help to look after the young elephants. They help the young one ….(8)…. across the river. And when a female elephant is going to have a ….(9)…., another female elephant stands beside her, to help her, like a nurse. So we can ….(10)…. a lot from elephants about helping other people.

Look at the picture and answer the questions!

Read and discuss with a partner! 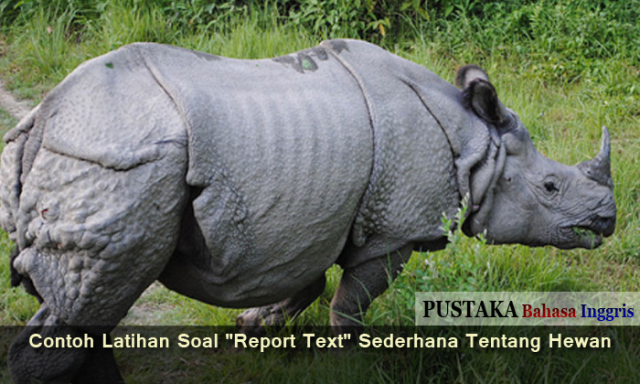 The Sumatran Rhinoceros (Dicerorhinus Sumatrensis) is the smallest rhino species. It is also the most distinctive rhinoceros. It has been hunted a lot that almost extinct. There are less than 300 Sumatran Rhinoceroses surviving in Malaysia and Indonesia. Between 1985 and 1995, the number of Sumatran Rhinoceros declined by 50% because of poaching and habitat destruction.

The Sumatran Rhinoceros has a unique gray or reddish-brown coat. It is believed to be the only survivor of the lineage that included the wooly rhinoceros. Sumatran Rhinos stand up to 1.4 m (4.6 ft) at the shoulder and weight up to 1,000 kg (2,200 lb). They have folded skin, like the other Asian rhinos, except that is covered with coarse, bristly hair. The Sumatran Rhinoceros is the only rhino in Asian with 2 horns. The front horn is usually the longest, reaching a length of 90 cm (36 in) and the rear one is sometimes so small that the animal looks as if it is single-horned.

They live mainly in forest-covered hills near water and are known to be good at climbing slopes and swimming. They move mainly at night and spend most of the day wallowing in the mud-holes and pools. Sumatran Rhinoceroses usually feed on leaves, twigs, and fruits.

Female Rhinos reach sexual maturity at about the age of five or six. The males mature between the ages of seven or eight. However, they do not father calves until they have claimed a territory, which may take them three or four years.

Rhinos always have a single calf, born after a gestation period of 15 to 18 months. The calf may feed on its mother’s milk for up to two years and it usually remains with its mother until she is about to give birth once more. The calf is only raised by its mother.