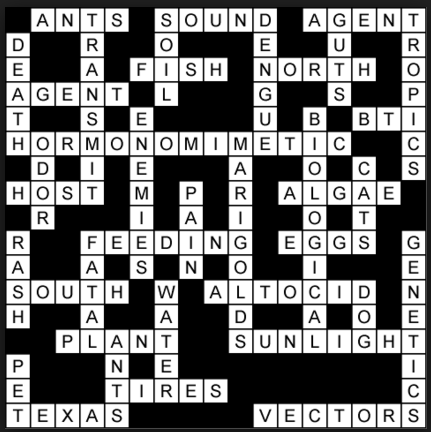 Teaching and learning process in SMP Budi Mulia Kedaton, Bandar Lampung is done in the morning and the total hours of learning and teaching process are 47 hours a week. 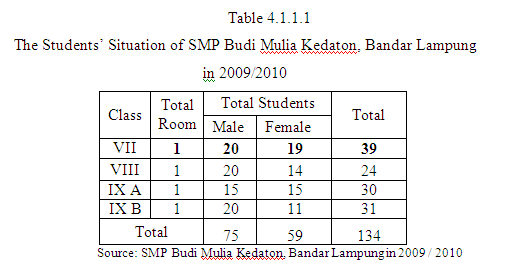 4.2. The Procedures of Research

The steps of the procedure above could be done by the writer, because of the participation of students of SMP Budi Mulia Kedaton, Bandar Lampung, the headmaster, teachers, and the whole of staff and especially the teacher of English.

4.2.1 The Activities in the Research

In this research, the writer conducted activity by giving the vocabulary test to the students of experimental class and the students of control class in teaching and learning process.

The activity in experimental class, the writer presented the material by using An Easy Crossword. 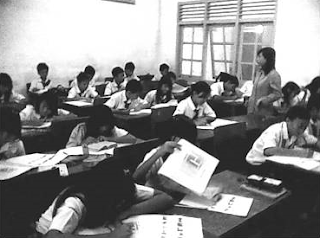 In teaching vocabulary, the writer used the picture as a technique to teach the vocabulary. 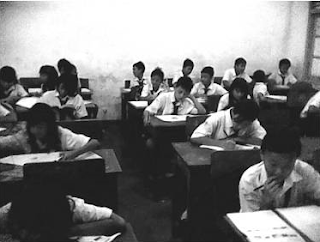 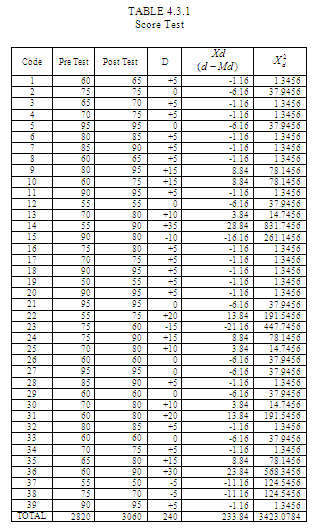 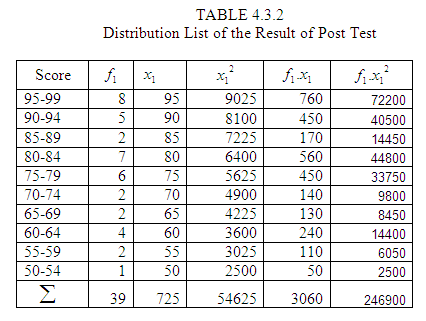 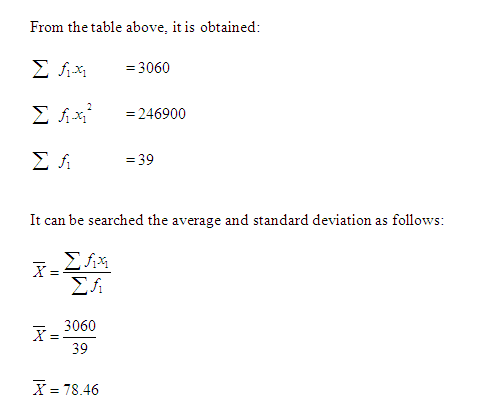 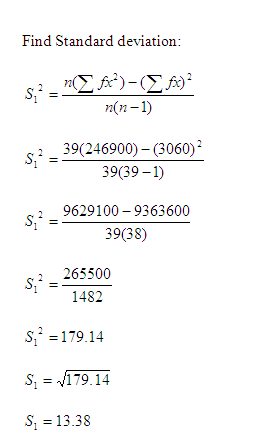 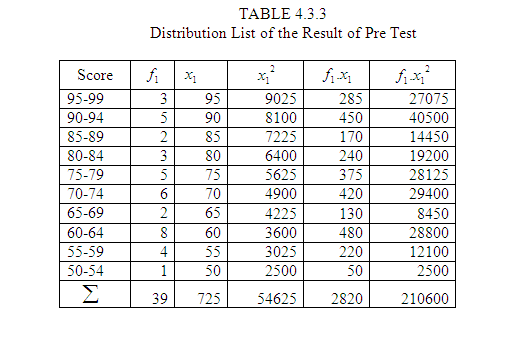 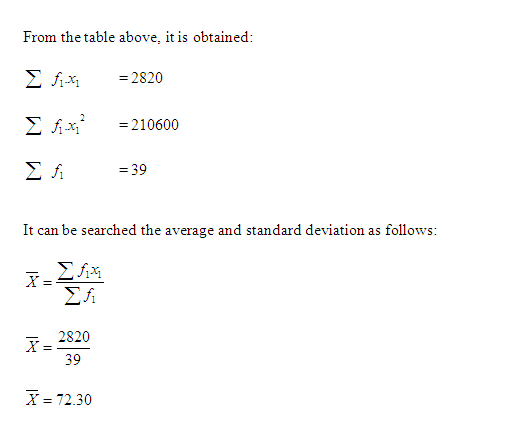 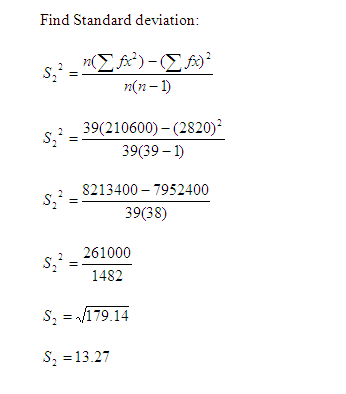 4.4 The Hypothesis of The Test

To test the hypothesis in this research, the writer used a statistical formula of t-test as follows: 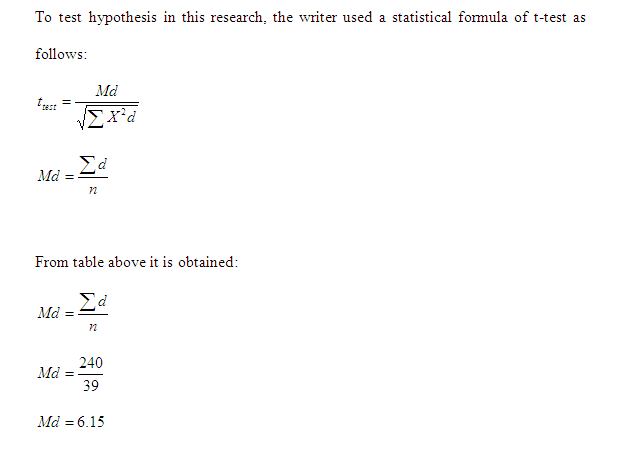 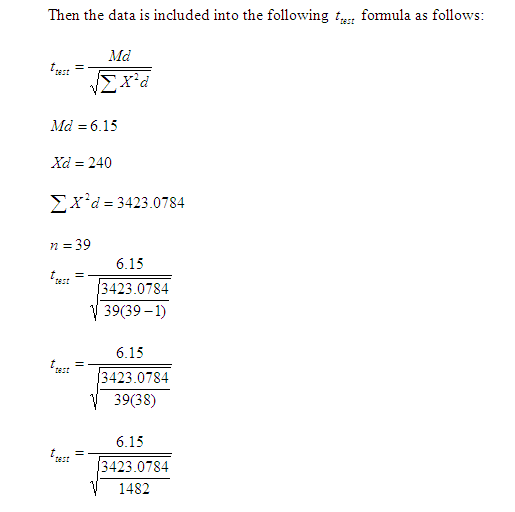 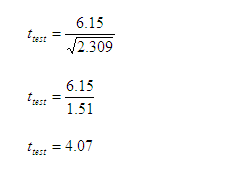 After analyzing the data, the writer knew the average rates and variance of post-test and pre-test that there was the influence of an easy crossword toward students’ vocabulary mastery. 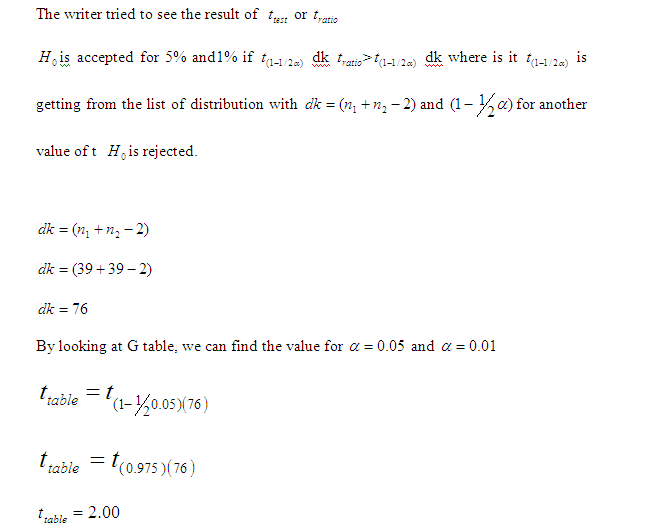 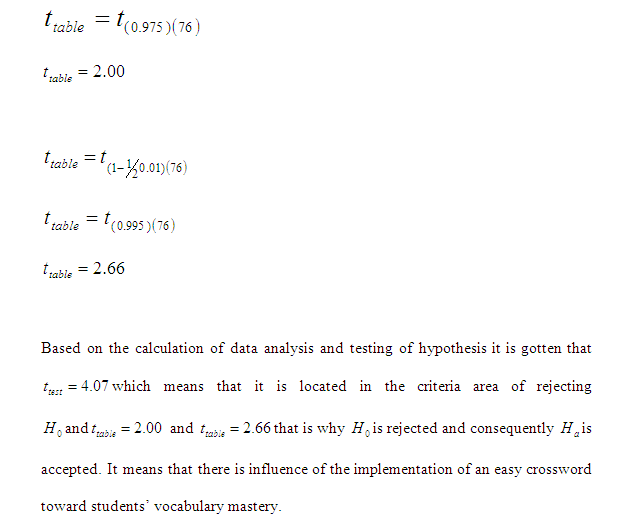