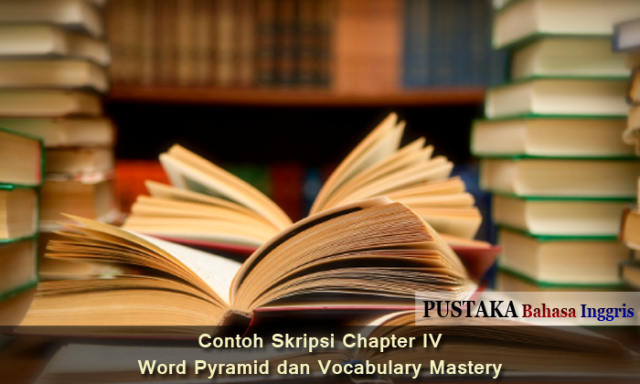 The data of SMP Budi Mulia, Kedaton, Bandar Lampung  at the second semester in academic year 2011/2012 as follow:

4.2. The Procedures of Research

The steps of the procedure above could be done by the writer, because of the participation of students of SMP Budi Mulia, Kedaton, Bandar Lampung, the headmaster, teachers, and the whole of staff and especially a teacher of English.

4.2.1 The Activities in the Research

In this research, the writer conducted activity by giving the vocabulary test to the students of experimental class and the students of control class in teaching and learning process.

4.2.2 The Activities in Experimental Class

The activity in experimental class, the writer presented the material by using getting Word Pyramid Game.

The activity in the control class, the writer presented the material by using the picture.

After giving the test and finding the result, the writer used quantities analysis in order to know the influence of Word Pyramid Game toward students’ vocabulary mastery. The formula to measure this research was t-test formula but before using t-test at the first the writer would like to determine the average score (X) and the variant (Y). 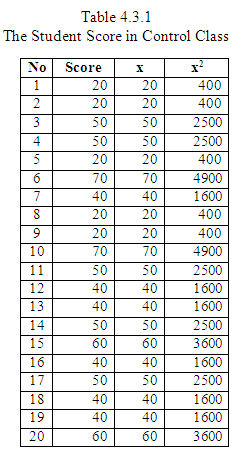 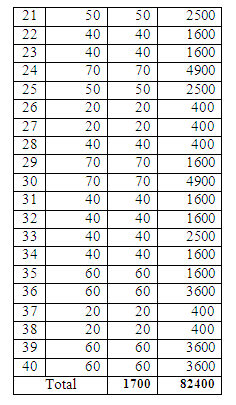 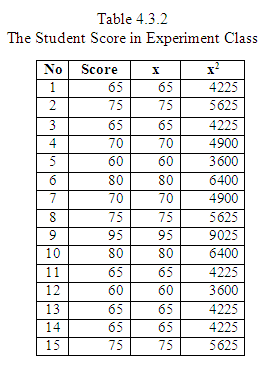 Normality test is conducted to know the data from the sample are normality or not. In testing the data, the writer used Liliefors formula: 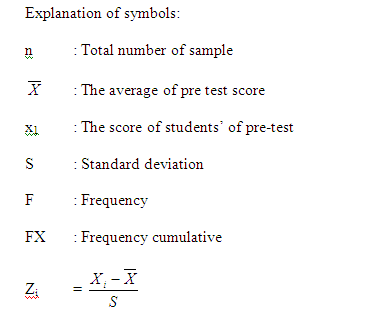 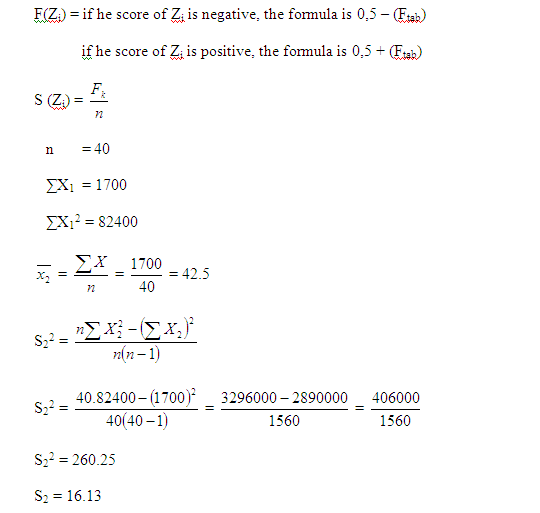 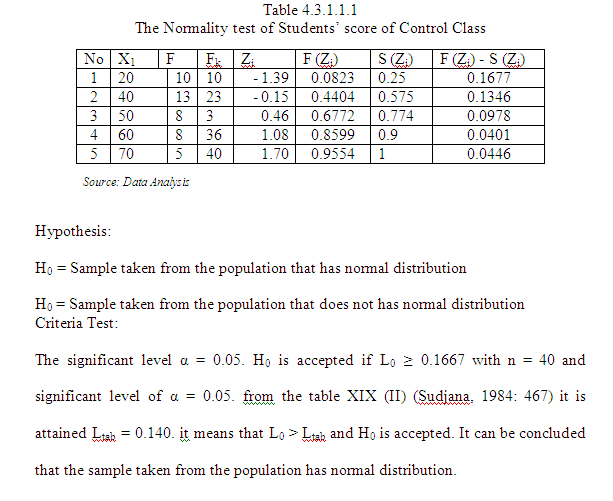 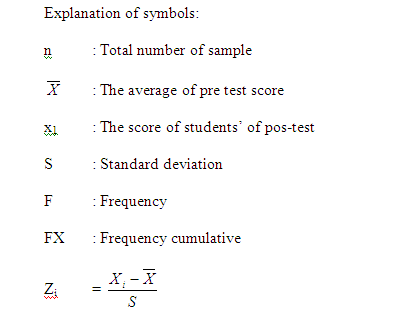 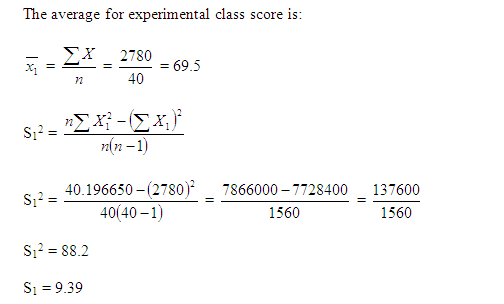 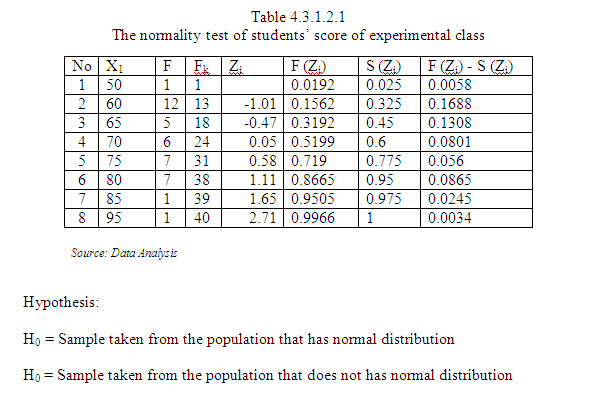 4.4 Hypothesis of the Test 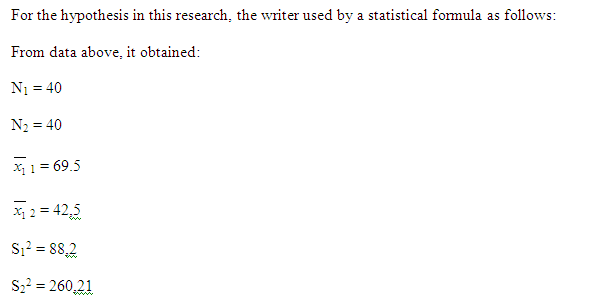 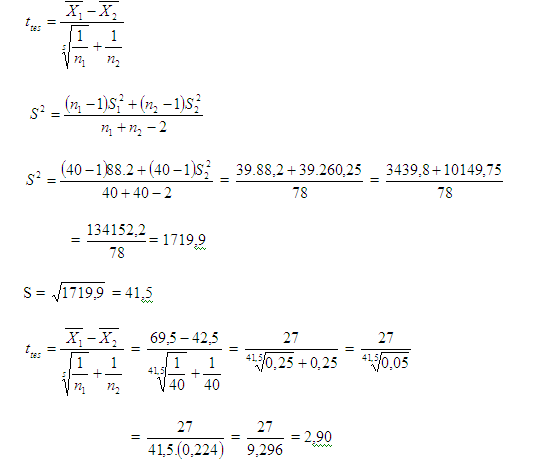 After analyzing the data, the writer knew the average rates and variance of that result. Then the writer can test the hypotheses of this research by seeing the result of t-test or t-ratio. The hypotheses are: 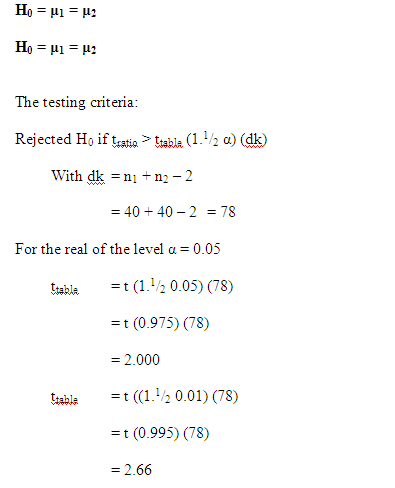 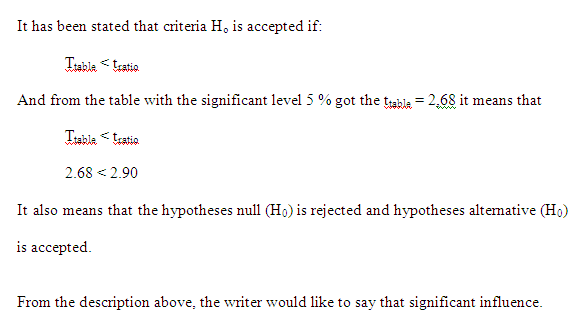 Based on the analyzed the data and testing hypothesis, the writer found that the average score of experiment class was higher than the control class. Therefore the writer assumed that Word Pyramid Game was one of the appropriate techniques that can be used to improve students’ vocabulary mastery. It can be concluded that t(table) < t(ratio)

2.68 < 2.90 It means that there is a positive influence of teaching Word Pyramid Game technique toward students’ vocabulary mastery.