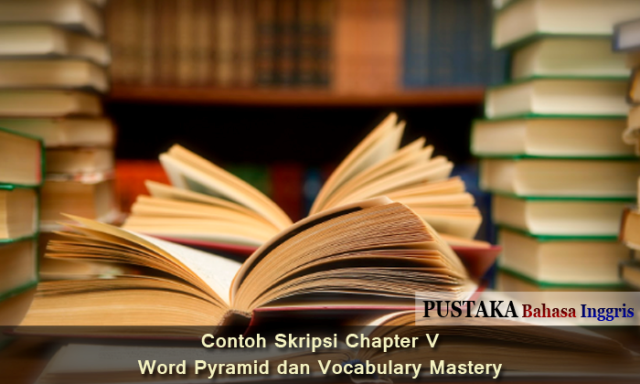 Concerning with the result of the test item that has already given to the students and the testing of the hypothesis above the writer can take conclusions.

Teaching vocabulary by using Word Pyramid Game was more effective than teaching without using this game, especially SMP Budi Mulia, Kedaton, Bandar Lampung at the second semester in academic year 2011/2012. Also the there was the influence of Word Pyramid Game toward students’ vocabulary mastery

Based on the result of research that was performed at  SMP Budi Mulia, Kedaton, Bandar Lampung at the second semester in academic year 2011/2012, the writer would like to give some suggestion as follow: