A beggar found a leather purse that someone had dropped in the marketplace. Opening it, he discovered that it contained 100 pieces of gold. Then he heard a merchant shout, “A reward! A reward to the one who finds my leather purse!” 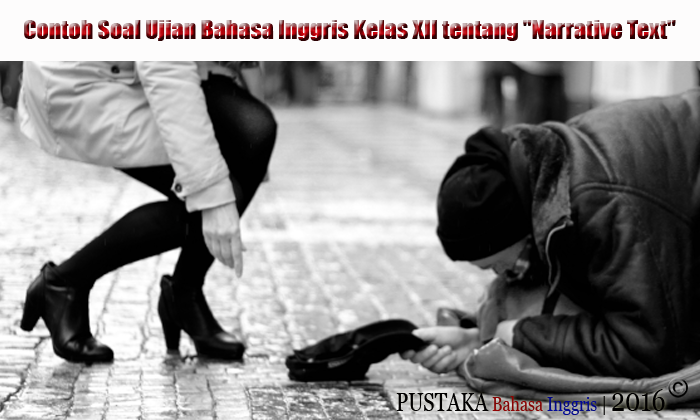 Being an honest man, the beggar came forward and handed the purse to the merchant says, “Here is your purse. May I have the reward now?”
“Reward?” scoffed the merchant, greedily counting his gold. “Why the purse I dropped had 200 pieces of gold in it. You’ve already stolen more than the reward! Go away or I’ll tell the police.” “I’m an honest man,” said the beggar defiantly. “Let us take this matter to the court.” In court, the judge patiently listened to both sides of the story and said, “I believe you both. Justice is possible! Merchant, you stated that the purse you lost contained 200 pieces of gold. Well, that’s a considerable cost. But, the purse this beggar found had only 100 pieces of gold. Therefore, it couldn’t be the one you lost.” And, with that, the judge gave the purse and all the gold to the beggar.

1. The passage mainly tells about ….

A. a person asked for money for living
B. a person sold something for a living
C. a man stole the purse
D. a place sold the purse
E. a very smart person

3. What is the character of the merchant?

4. Which paragraph told that the merchant was deceiving?

5. Why did the beggar return the purse to the beggar? Because of he ….

A. had counted the 100 pieces of gold
B. heard the merchant saying
C. wanted to get the reward
D. had opened the purse
E. was an honest man

6. Which of the following statement is true?

10. What is the moral value of the passage?