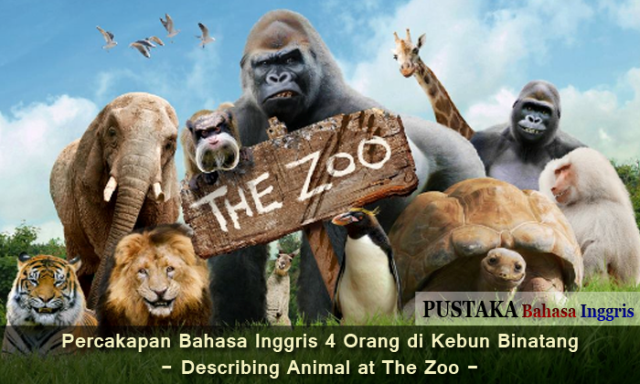 Situation: Jack’s family is going to the Zoo. Mr. and Mrs. Jack will introduce some animals to their son. What kind of animal are they? Let’s check it out!

Zookeeper: Welcome to our Zoo. I will guide you and give some information about the Zoo and the animals here. Have you enjoy it.

Mr. Jack: Thanks. Let me introduce my son. He is Michael. He loves the animals. I hope that you can give him an education.

Michael: Hi sir, my name is Michael. Nice to meet you.

Zookeeper: Hi Michael. My name is Mr. Dolph. It is nice to meet you too. I will guide you if you don’t mind, kid.

Zookeeper: Let’s walk. For the first time, I would like to introduce PEACOCK. The colorful Indian Blue Peacock (Pavo Cristatus) is known for the male’s impressive tail of many brilliant colors. Peacock refers to the male, while the females are called Peahens. Suddenly, White Peafowl appeared and are bred for that color in captivity. 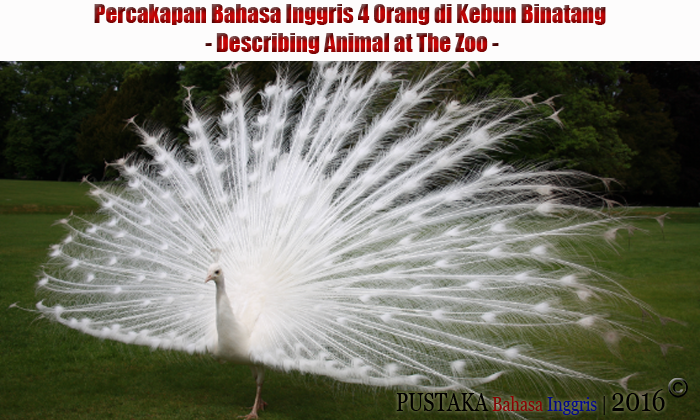 Mrs. Jack: Eeemmm… I know it. It is not albino, right Mr. Dolph? It can be said an albino if it has a complete lack of color and red or pink eyes bit that White Peafowl have blue eyes. The white color appears in other domestically bred Peafowl but in different quantities. Chicks are born yellow and become white as they mature, according to the Peafowl Varieties Database.

Michael: How did you know that information, mom?

Michael: Did you, dad?

Mr. Jack: It was a long time ago, son. It was our first date. That’s why your mother fell in love, right honey?

Zookeeper: Here we are. They are Panda.

Michael: Wow. They are so cute. They come from China, right?

Zookeeper: Yes, you’re right, kid. The giant panda has a body shape typical of bears. It has black fur on its ears, eye patches, muzzle, legs, arms, and shoulders. The rest of the animal’s coat is white. Although scientists do not know why these unusual bears are black and white, speculation suggests that the bold coloring provides effective camouflage in their shade-dappled snowy and rocky habitat. The giant panda’s thick, wooly coat keeps it warm in the cool forests of its habitat. 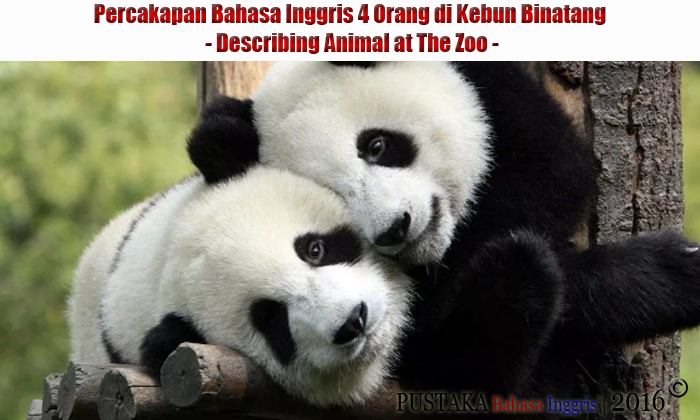 Mrs. Jack: The giant panda lives in a few mountain ranges in central China, mainly in Sichuan province, but also in neighboring Shaanxi and Gansu. As a result of farming, deforestation, and other development, the giant panda has been driven out of the lowland areas where it once lived. Despite its taxonomic classification as a carnivoran, the giant panda’s diet is primarily herbivorous, consisting almost exclusively of bamboo. However, the giant panda still has the digestive system of a carnivore, as well as carnivore-specific genes, and thus derives little energy and little protein from consumption of bamboo.

Mr. Jack: How many Panda do you have in this Zoo?

Zookeeper: They are more than 10, sir.

Michael: What do you have in the next session, sir?

Zookeeper: Let’s find it out?

Michael: Wow! Look at that! They are so tall. 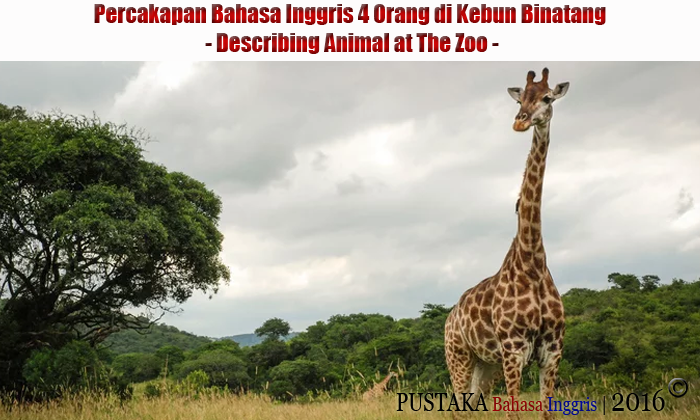 Mr. Jack: Do you know what they are?!

Michael: Yeah… They are Giraffes.

Zookeeper: You’re right, kid. The Giraffe or Giraffa is a genus of African even-toed ungulate mammals, the tallest living terrestrial animals, and the largest ruminants. The genus consists of eleven species including Giraffa camelopardalis, the type species. Seven of these species are extinct, prehistoric species known from fossils, while four are still extant. The giraffe belongs to the suborder Ruminantia. Many ruminants have been described from the mid-Eocene in Central Asia, Southeast Asia, and North America. The ecological conditions during this period may have facilitated their rapid dispersal. The giraffe is one of only two living genera of the family Giraffidae, the other being the okapi. The family was once much more extensive, with over 10 fossil genera described. Their closest known relatives are the extinct deer-like climacoceratids.

Michael: Yes. I like it. Can I bring it home, mom?

Mrs. Jack: Of course you can’t. We have to protect them in their environment, son. Let them free in nature. Okay.

Zookeeper: That was the last for this part, sir. Because I have to feed the animals. We will see after the break at 1 PM. If you and family want to go around, it will be my pleasure, sir.

Zookeeper: You’re welcome. Be careful, kid. They are wild and dangerous.

Michael: Alright, sir. I know that.

Zookeeper: Have a nice day.

Michael: Have a nice day too, sir.

Video The Rare and Exotic Animals – The White Lion