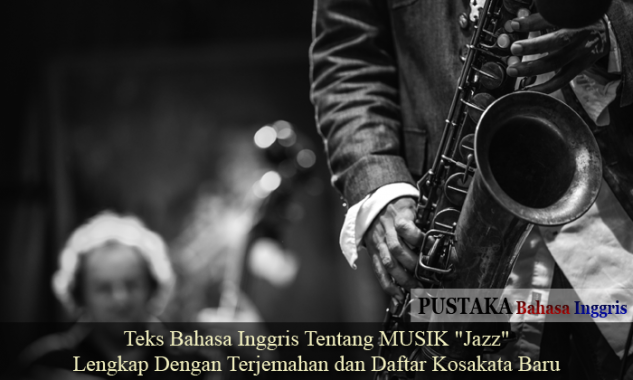 The Age of Jazz

In the early decades of the 20th-century jazz was the name that was given to music played by African Americans. It was a kind of folk music that black people played for entertainment. Today jazz is performed all over the world and it has also influenced other kinds of music.

The features of jazz are its sound and rhythms. Jazz is improvised music that shows strong emotions and feelings. Typical jazz instruments are the trumpet, trombone, saxophone and clarinet.

The first jazz was played in the early 20th century. Jazz musicians were inspired by ragtime and blues which also evolved at the beginning of the century.

Ragtime was a musical style that came from St.Louis. It was played mostly on the piano and quickly became popular with orchestras. A blues was originally a sad song, a ballad that was sung slowly and accompanied by a piano or guitar. Some people say that blues were songs that the slaves sung.

The birthplace of jazz is in New Orleans. In the early 1900s people of many cultures lived in the city: French, Spanish and African-Americans. The music was a mixture of blues, black spirituals and rhythms from the Caribbean.

The typical jazz band was made up of one or two cornet players, a clarinet and a trombone player. Sometimes there were pianos, banjos, tubas and drums to accompany the horns.

New Orleans jazz became later known as Dixieland. As time went on jazz travelled up the Mississippi to Chicago and then to New York City.

Big band jazz emerged as the bands became larger and had more instruments. There were three parts of a big band: brass instruments with trumpets and trombones, reeds with saxophones and clarinets and rhythm instruments (piano, guitar, double bass and drums)

Famous bandleaders were Fletcher Henderson and Benny Goodman. Big band jazz was smoother with lighter rhythms. Most of the bands had famous soloists like Louis Armstrong, the most famous musician of that time.

The 1930s and the 1940s were called the swing era. Music was free and relaxed during this period. The start of radio made jazz well-known all over America. Some of the most popular bands of the country were led by Benny Goodman, Tommy Dorsey and Glenn Miller, who was probably the most successful of all.

Maybe the greatest big band of all times was led by pianist and composer Duke Ellington. He wrote over 1000 works. His best-known songs are “Sophisticated Lady” and Mood Indigo”.

The next major jazz style was bebop which lasted until about 1960. It was played in smaller groups and hardly in big bands.

Bebop musicians improvised not so much the melody as the jazz musicians before, but the tune’s chords. Many bebop pieces were also played very quickly. Centre of bebop was Kansas City, where the greatest bebop musician, Charlie Parker, grew up.

At the same time as bebop came up in the Midwest hard bop emerged in the eastern cities. It was strong and full of energy and stressed the African American sound. The electric organ became a popular instrument and Miles Davis was one of the most famous beboppers of that time.

In the 1960s musicians started to look for other ways to improvise jazz. John Coltrane and Ornette Coleman became the greatest performers of free jazz, as it was called.

Today jazz is played all over the world, in concert halls as well as in dark night clubs. Many of the world’s famous jazz festivals take place in Europe and Japan.

Louis Armstrong was America’s greatest jazz musician. He was born in New Orleans, the birthplace of jazz. His father left the family shortly after Louis was born so the boy had to spend his early years living with his grandmother.

Louis loved all kinds of music. He bought an old cornet and learned how to play. When he was in third grade he dropped out of school and started singing on the streets to get money for his family.

Louis spent his teenage years selling newspapers and unloading bananas from boats. In his free time, he listened to the famous bands of that time. Later on, he started performing on steamboats and during this period he learned how to read music and play classical pieces on the cornet.

In 1922 Louis started playing in a band in Chicago and later on moved to New York, where he played in one of the city’s most famous bands. No one else could play as he could. He hit the highest notes easily and played great solos.

After a few years in New York, he went back to Chicago where he made his first recordings. Here he started playing the trumpet. During one of the recordings, Louis dropped his text on the floor. The producer told him to keep on singing so Louis improvised and sung syllables that had no meaning. This became known as “scat singing”. Soon many other jazz musicians tried to copy this style of singing.

His records made him famous and when he moved back to New York in 1929 bandleaders all over the city wanted to have Louis in their orchestras. He not only recorded music but also performed on Broadway and played in movies. Louis Armstrong was a singer, dancer and master of the trumpet. He travelled all over the world and made people happy through his music.